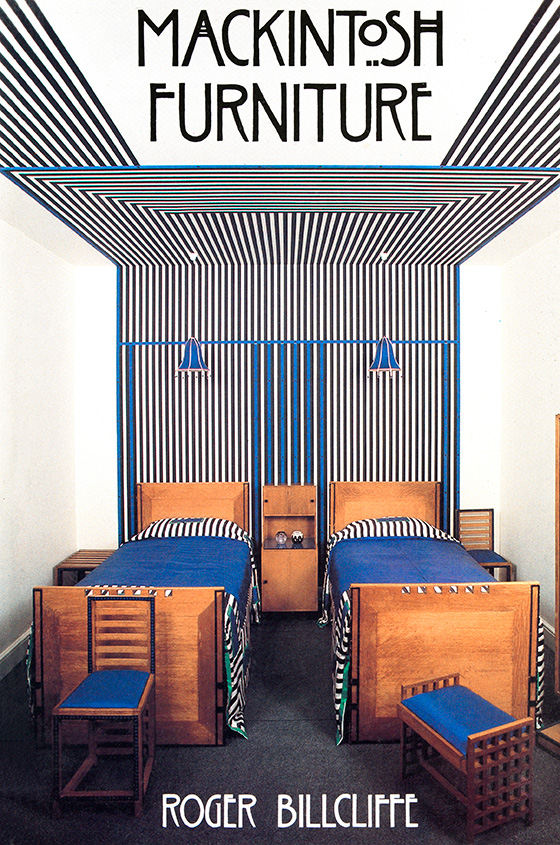 Charles Rennie Mackintosh was the most important and original British designer since Robert Adam, a century earlier. In a relatively short working life, he designed well over 300 pieces of furniture, the majority in just eleven years from 1897 to 1905 and 1916 to 1919.

This book looks at Mackintosh’s career as a furniture designer and illustrates with over 400 photographs all his major pieces, as well as the interiors for which they were produced. The range illustrated is quite remarkable, not only the elongated chairs for which Mackintosh is most remembered, but tables, wardrobes, bookcases, beds, bathroom fittings, and even a pulpit and an organ. The styles range from the rather routine late-Victorian pieces designed from 1893 onwards, through the white-painted ‘Spook School’ furniture of 1901-03, to the geometrical severity of Mackintosh’s work for W.J. Bassett-Lowke in 1916-19.

The acknowledged authority on Mackintosh, Roger Billcliffe is the author of the massive Charles Rennie Mackintosh: the Complete Furniture, Furniture Drawings and Interior Design, a detailed catalogue raisonné which set new standards of scholarship for works on furniture and design and has now appeared in its fourth revised edition. Within the more modest compass of this book, Billcliffe presents to a wider public the full range of Mackintosh’s achievements as a designer.