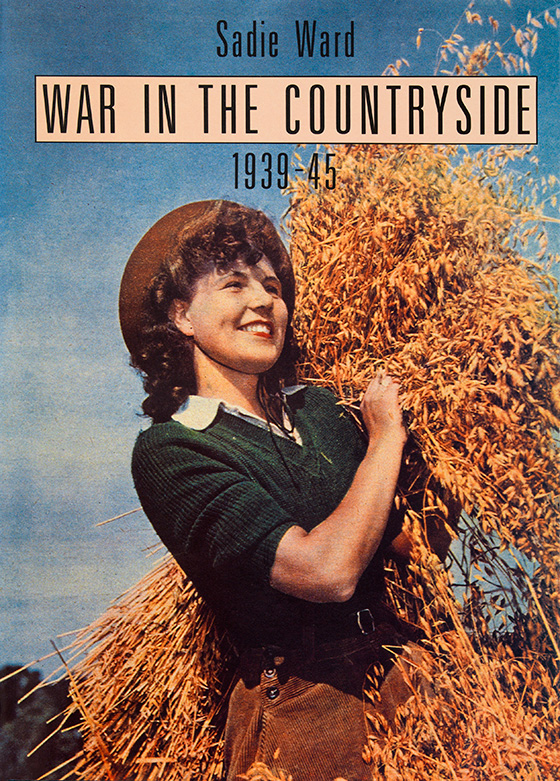 WAR IN THE COUNTRYSIDE
Sadie Ward

The impact of World War II was no less dramatic in the countryside than it was in the cities. True, the blitz in its full ferocity was reserved for urban targets, but the other experiences of wartime – the blackout, rationing, shortages, the black market and conscription – were shared by rural Britain. And fundamental changes set in motion during the war have made today’s countryside very different from the way it was in 1939.

For years before the war, Britain had relied on cheap food from the Empire. Farming had gone into decline and those who worked the land had left in droves. Suddenly the countryside had to be mobilised for food production. The farmers’ every move was governed by the Ministry of Agriculture, which could, and did, evict those who persistently failed to meet its production quotas.

It was the era of the Home Guard. Signposts were taken down in case they might help invaders or spies, and church bells became calls to arms for the rural population (and the source of many a false alarm). Spies and saboteurs joined crops and the weather as topics of conversation in the pubs.

The countryside acquired a new population, some working – like the Land Girls and servicemen and even prisoners of war, some escaping from the bombing of the cities. Many people who were school children during the war have vivid recollections of their lives as evacuees in the countryside, just as country people have of them.

Large areas became airfields and army camps. The landscape was punctuated with pill-boxes (sometimes disguised as haystacks) and, near the coast, festooned with barbed wire and striated with tank traps. Some of the concrete detritus of war still remains. So, too, do the memories, whether of seeing nearby cities burning night after night or, more happily, of American servicemen dispensing silk stockings and Hershey bars to deserving members of the population.

This well-illustrated portrait of the countryside at war will conjure up an era for those who are too young to remember it and bring back a flood of memories for anyone who lived through this heroic period.

Sadie Ward spent her childhood in Devon and Somerset before taking a first-class honours degree in history at the University of Reading, where she subsequently gained her doctorate with a thesis on Land Reform in England 1880-1914. For many years she lectured in the Department of Agricultural Economics and Management at Reading; she was also Research Officer at the Institute of Agricultural History and Museum of English Rural Life. Other books by Sadie Ward include: Seasons of Change: Rural Life in Victorian and Edwardian England (1982), The Countryside between the Wars (with John Creasey, 1984) and Village Life in Englands 1860-1940 (with Jonathan Brown, 1985).