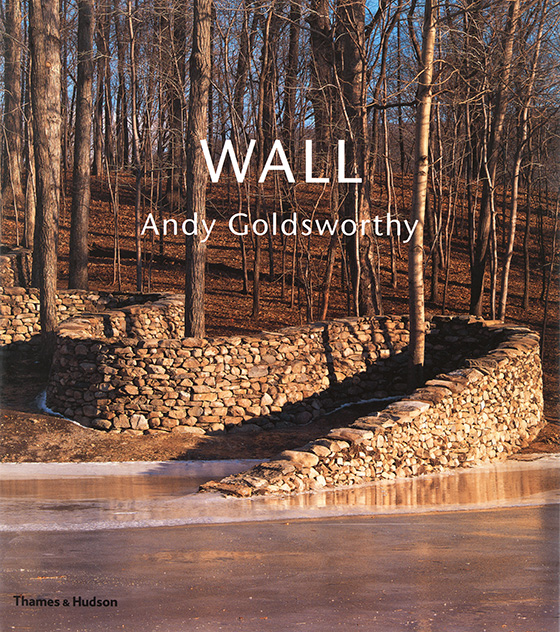 In 1989, Andy Goldsworthy constructed his Wall that Went for a Walk in Grizedale Forest, Cumbria, which drew on the walling traditions of that area. Ten years later, aided by a team of wallers from Scotland and the north of England, he made its successor at the Storm King Art Center, a sculpture park in New York State, in another farming landscape rich in stone walls.

Goldsworthy’s wall takes its lead from an old dilapidated wall which he found there. At first following the original foundations closely, his wall then describes a series of increasingly voluptuous arabesques before plunging down into a lake. Rising again on the other side, it heads straight up a grassy slope to stop dead when it reaches a major highway. As the seasons change, so does the wall. Heavily shaded in summer, smothered in a sea of yellow and brown leaves in the autumn, it has an almost calligraphic beauty in winter as it snakes through the bare trees at the edge of a wood.

This sculpture marks a continuation of the dialogue between wood and stone which Goldsworthy has been exploring for some years. The original wall at Storm King was built after the forest had been cleared, yet he discovered its course in the line of trees that had grown through and around it. Goldsworthy traces a new path with his wall, this time in sympathy with the trees, but in the knowledge that it may well one day be destroyed by them.

Kenneth Baker’s introduction considers the Storm King wall against the background of Goldsworthy’s previous work as well as placing it in the context of other walls he has made in Britain, France and the United States.