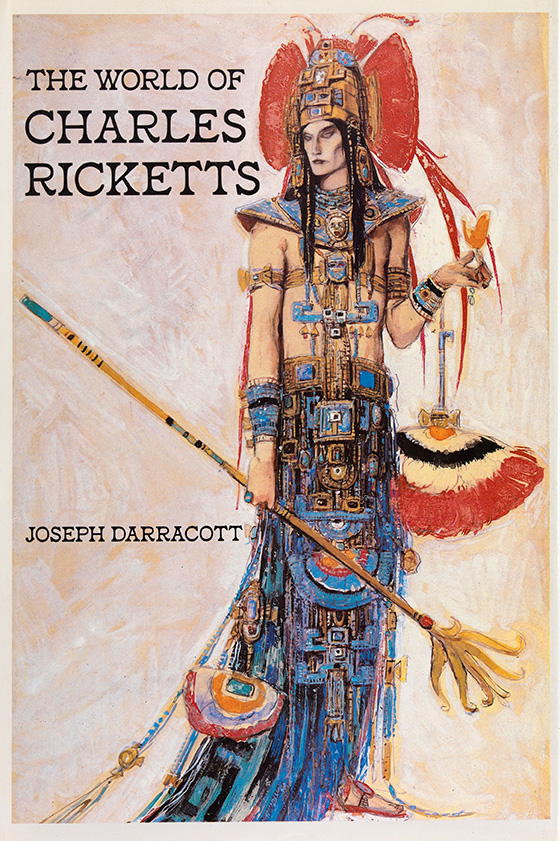 Charles Ricketts was a man of remarkable versatility. In the 1890s he ranked with Aubrey Beardsley as a powerful influence on book illustrators, and in his work for the theatre he rivalled Edward Gordon Craig. As an art critic he was compared with his exact contemporary Roger Fry; as a connoisseur he could contest the view of Bernard Berenson.

In The World of Charles Ricketts Joseph Darracott explores and illustrates Ricketts’s major areas of artistic commitment and considers his significance in relation both to his contemporaries and to later generations. Although Ricketts and his close friend Charles Channon are mentioned in many memoirs of London in the 1890s, they have remained little known. Yet Ricketts’s achievements are striking. His illustrations for The Vale Press and for other publishers are remarkable for their directness. His book on Titian was unequalled in its understanding of the Italian master. His stage work included the set and costume designs for the first production of George Bernard Shaw’s St Joan and for a new production in the 1920s of The Mikado by Gilbert & Sullivan. Ricketts and Shannon were in their time among the most knowledgeable connoisseurs of Oriental, particularly Japanese, art. The majority of items in their Oriental collection was left to the British Museum, while their Old Master drawings and many other elements of their collection were bequeathed to Fitzwilliam Museum in Cambridge. Such was Ricketts’s reputation that, in 1915, he was offered, and turned down, the position of Director of the National Gallery in London. But later he became the advisor to the National Gallery of Canada in its formative years.

Ricketts was a key figure in the London art world from the 1890s to 1930 as an illustrator and painter, jewellery and theatre designer, art critic and collector. His circle of friends included Oscar Wilde, Walter Sickert, W.B. Yeats, George Bernard Shaw and William Rothenstein who remembered Ricketts as ‘the artistic Warwick of the age’.

Joseph Darracott (1934-1998) was a writer, art historian, editor, and museum man. Over his working lifetime he spent fourteen years as Keeper of Art at the Imperial War Museum, helped to found National Heritage, the organization for support and promotion of museums in Britaine, and edited some 50 issues of the quarterly journal Museum News, 20 scholarly monographs, catalogues and six books.