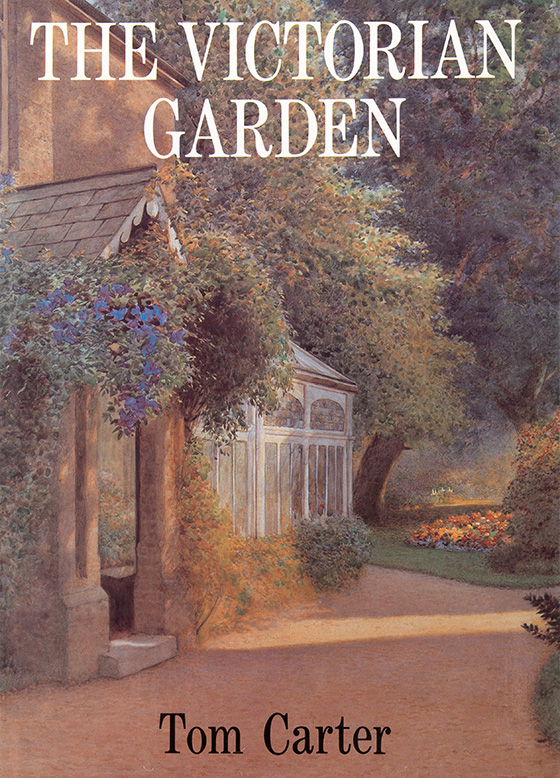 The conventional picture of the nineteenth-century garden is one of dank shrubberies and unrelieved formality. The accomplishments of the Victorian gardener, unlike those of his contemporaries in architecture and the arts, are too often overlooked. The mechanics, the craftsmen and decorators of the time have been given the recognition they deserve, but not so the gardeners.

Tom Carter uses the books and periodicals of the time to show how horticulture reflected the vigour and resourcefulness of Britain’s great era of expansion. The consolidation of empire brought an ever-increasing range of new plant species, while advancing technology and freedom from economic restraint (symbolised by the Great Exhibition of 1851 and its Crystal palace), allowed the building of splendid glasshouses and conservatories. Above all, the spread of scientific knowledge was united with the traditional skills of the past to enable the gardener to satisfy the demands of an affluent nation.

The Victorian Garden describes the varied aspects of practical horticulture and ornamental gardening: the efficiency of the kitchen garden, the splendours of the grand pleasure grounds, the single-minded dedication of those who grew flowers for exhibition and the relaxed atmosphere of the indoor garden. Extracts from the writings of the time as well as many contemporary illustrations reproduced in colour and monochrome bring to life the inventiveness and charm of a neglected era in gardening.