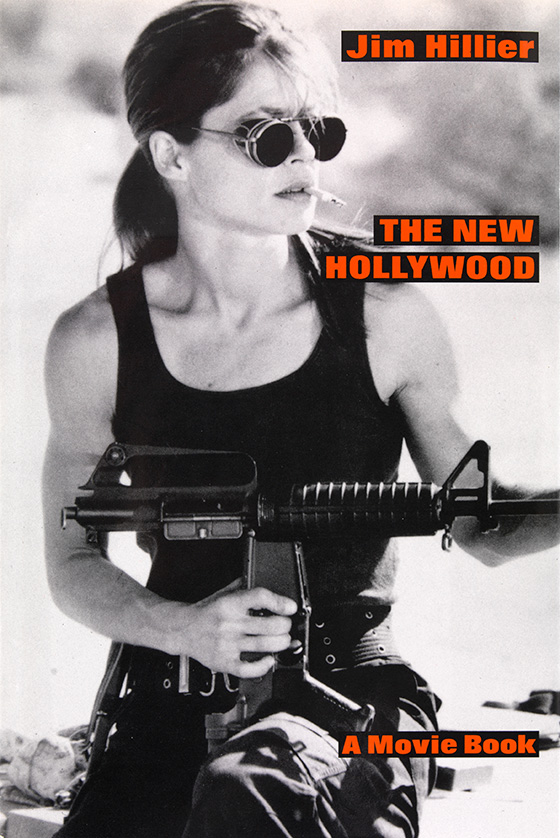 Out of print. A few copies available direct from Cameron & Hollis.

The studio system, which had dominated Hollywood for more than half a century, finally fell apart in the late 1960s. The uncertainty that followed opened the way for independent producers, many of whom were already specialising in exploitation movies with titles like Slumber Party Massacre, which were targeted at the 12 to 20-year-old age group. These films, with their starvation budgets and impossible shooting schedules, gave a start to a number of notable directors. Others were meanwhile trying their luck in television or shooting experimental movies.

The first post-studio directors, the so-called ‘movie brats’ (Spielberg, Lucas, Coppola, Scorsese and De Palma) are now famous. After them came a generation of directors, often controversial, who now make some of Hollywood’s most interesting pictures. This book, based on in-depth interviews, looks at the experiences of some thirty of them in getting established and keeping afloat in the new Hollywood, including comment on the unequal opportunities faced by female and black film-makers. Drawing upon information gathered in interviews more often than quoting directly from them, Jim Hillier has produced an absorbing account from the film-makers’ viewpoint of the business of film-making.

Some of this generation of directors made box-office hits such as Terminator (James Cameron), The Silence of the Lambs (Jonathan Demme), Gremlins (Joe Dante), Sleeping with the Enemy (Joseph Reuben) and Look Who’s Talking (Amy Heckerling). Others continued to make inexpensive horror movies. Still others divided their time between cinema and television, among them Michael Mann, who directed Manhunter for the cinema and produced Miami Vice and Crime Story for television, and David Lynch of Blue Velvet, Wild at Heart and Twin Peaks. Among those included are Bill Duke (A Rage in Harlem), Mike Figgis (Internal Affairs), Randa Haines (Children of a Lesser God), Tim Hunter (River’s Edge), Spike Lee (Do the Right Thing), Jim McBride (The Big Easy) and Susan Seidelman (Desperately Seeking Susan).

Today, the name Hollywood conjures up not simply tinseltown itself but the whole of the American film industry. The New Hollywood bears witness to the diversity and vigour still remaining in the 1980s and early 1990s in an industry that had become increasingly dispersed, less rigidly organised – and much more costly. Jim Hillier’s book provides the essential background to understanding the economic and creative forces that carried American cinema into the 21st century.