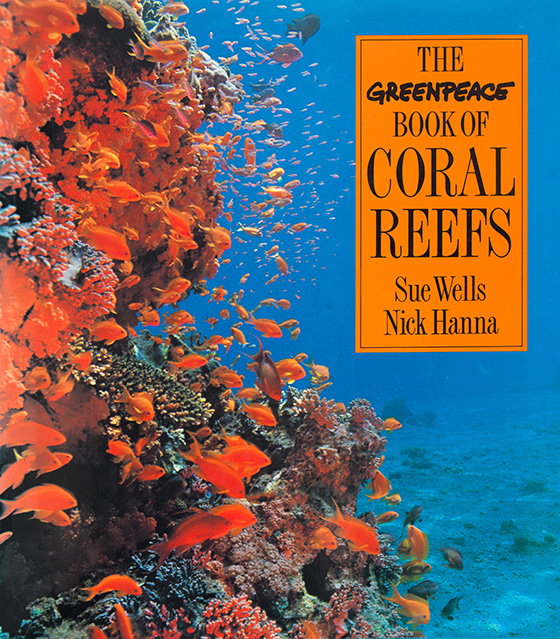 Coral reefs are among the most extraordinary structures in nature, built, sometimes over hundreds or even thousands of years, by simple little animals that are relations of sea anemones. Their mysterious, dazzlingly beautiful world teems with a bewildering abundance of life in all its forms. But every reef creature has a specific place in this complex ecosystem, which is among the most diverse and biologically productive on our planet, a marine equivalent of tropical rainforest. Each animal, from the tiniest shrimp to the largest grouper, survives by working the reef to its advantage, exploiting the particular niche to which it is adapted.

Illustrated with around 200 spectacular pictures by some of the finest underwater photographers, The Greenpeace Book of Coral Reefs gives an insight into the workings of this amazing world, an ecosystem of almost unparalleled richness that manages to thrive in the nutrient-poor waters of the tropics. We are introduced to a wealth of fascinating creatures. Among them are the brilliantly coloured butterflyfish, which have dark, eye-like spots on their tails that confuse predators into attacking them at the wrong end, and the damselfish that ‘farm’ little patches of green seaweed lawn, aggressively picking off weed-eating sea urchins and small coral colonies which might grow over their territory.

Over the ages, reefs have proved extraordinarily resilient, surviving the ferocity of tropical storms and other natural disturbances and regenerating themselves afterwards. Sadly, it is human activities at sea and on land that threaten the health and in some cases the very survival of the reefs. Overfishing, pollution, coastal development and intensive agriculture can all take their toll, and global warming has been implicated in some of the most striking damage to coral reefs: bleaching, in which the once-jewel-like corals lose their colour.

Backed by the knowledge and experience of Greenpeace, this book investigates the problems facing coral reefs and assesses their seriousness. It recognises that any plan to save them must rely for its success on the people whose lives are bound up with the health of the reefs and who have always depended on the plentiful harvest that undamaged reefs can provide. Their insight into the life of the reefs, beside which scientific expertise can pale into insignificance, is crucial to the effort of saving this most precious global resource.

The book was highly commended for the Sir Peter Kent Conservation Book Prize in 1993.

Sue Wells has a degree in Zoology from Cambridge University and many years’ experience in marine conservation, working for international and national organisations, NGOs and governments. She has helped to develop policy on coastal management, marine protected areas and sustainable livelihoods. Co-compiler of the IUCN Red Data Book and author of Coral Reefs of the World. Vol.1: Atlantic and Eastern Pacific. Vol.2: Indian Ocean, Red Sea and Gulf. Vol.3: Central and Western Pacific (UNEP/IUCN, 1988) and Guidelines for applying the IUCN Protected Area Management Categories to Marine Protected Areas (IUCN 2012).

Nick Hanna has a degree in Social Anthropology from the University of Sussex. His career in journalism began on the environmental magazine Undercurrents and, as a professional photographer and writer, he subsequently contributed to The Sunday Times, The Guardian, The Daily Telegraph, as well as writing for numerous other publications.