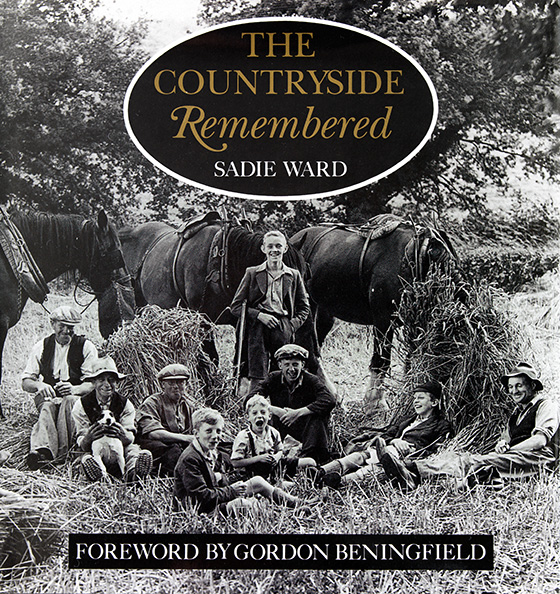 Buy from your local bookshop or
www.amazon.co.uk
www.wordery.com

The British countryside has changed so fundamentally over the last eighty to ninety years that many people have forgotten, or have never known, what it used to look like. But memories of the variety and richness it once possess are close to the surface. Many aspects of traditional farming and village life survived well into the 1950s, and the current enthusiasm for preserving those corners of unspoilt countryside that remain reflects a deep nostalgia for a heritage that has all but disappeared.

The Countryside Remembered celebrates a world of leafy hedgerows, quiet country lanes and small, lush meadows, of small-scale mixed farms with chickens scratching in the farmyard, of tranquil villages where the cottages were inhabited by country people rather than being the largely deserted second homes of city dwellers, and of harvest scenes in which the fruits of a year’s labour were gathered in by whole families helped by heavy horses and not by a single contractor driving a large, noisy machine. Here, too, are the craftsmen who served their local communities, producing everything from cartwheels to clothes pegs, from bee skeps to farm ladders.

The highly evocative pictures of the British countryside, dating from around 1930 to the early 1960s, have been carefully selected from a variety of contemporary sources, principally local newspapers, and are accompanied by an informative commentary by Sadie Ward that reveals a deep knowledge of the nation’s rural past. The foreword was contributed by Gordon Beningfield, well-known for his fine paintings of the English countryside. This collection of superb period photographs drawn from the archives of the Institute of Agricultural History at the University of Reading paints a beautiful and poignant portrait of a way of life that has vanished for ever.