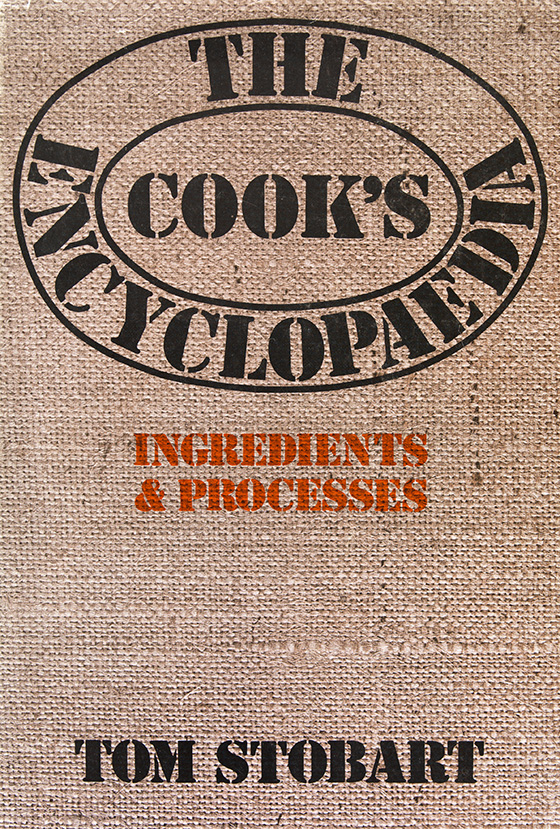 The Cook’s Encyclopedia is a rewarding and fascinating reference book for everyone whose ambitions in the kitchen go beyond slavishly following recipes. Its comprehensive coverage of the ingredients and processes of cookery gathers together a vast amount of valuable information that is available only in fragments scattered through a large range of work on cooking and food science. To this is added a liberal helping of culinary wisdom acquired by Tom Stobart – who was an intrepid explorer and film-maker – over a lifetime of interest in food and travel.

The Cook’s Encyclopedia recognises that in recent years very many unusual ingredients have become readily available; other traditional foodstuffs have gone out of fashion, though they are still obtainable; the increasing industrialisation of food production has introduced components which would have been beyond the imagination of Mrs Beaton. Exotic foods were once impossible to obtain but have now spread beyond shops serving particular ethnic groups; even the most modest health food store will stock a baffling range of alien pulses and cereals and many supermarkets now boast a section devoted to ‘foreign’ ingredients. This book covers the familiar as well as the exotic, the traditional as well as the modern: custard powder and abalone, caramel and balachan, margarine and caviar, prunes and ghee.

The Cook’s Encyclopedia is a fine reference book on the fundamentals of cooking. It deals with all the basic culinary processes, how to handle them, and how and why they work. The processes include those which are used every day as well as others, such as curing, pickling and smoking, which many cooks would like to try if they had reliable information. The book even provides instructions on making many ingredients. In this alphabetically arranged and fully cross-referenced volume, there is also useful coverage of religious laws and taboos, additives and adulteration, weights and measures, health risks and precautions.

The late Tom Stobart was a keen researcher who traced and checked his facts right back to their source rather than taking published information on trust. He is backed up by a team of researchers and food scientists to ensure that the book is factually impeccable and that its instructions are workable and safe. The Cook’s Encyclopedia belongs among the élite of truly original cookery books. ‘Any book by Tom Stobart is good news,’ remarked Elizabeth David, the doyenne of English cookery writing in the second half of the 20th century, ‘It is also vastly entertaining.’

Tom Stobart was also a traveller and explorer. Originally trained as a zoologist, he later became a documentary film-maker, working in the Antarctic, Africa and Australia as well as Europe. In 1953 he made the film of the conquest of Everest. For television he made a series of films on the Middle East, India and the Far East, as well as writing, producing and directing the TV series, Master Chef, which was shown all over Europe. He was also the author of the award-winning book Herbs, Spices and Flavourings.