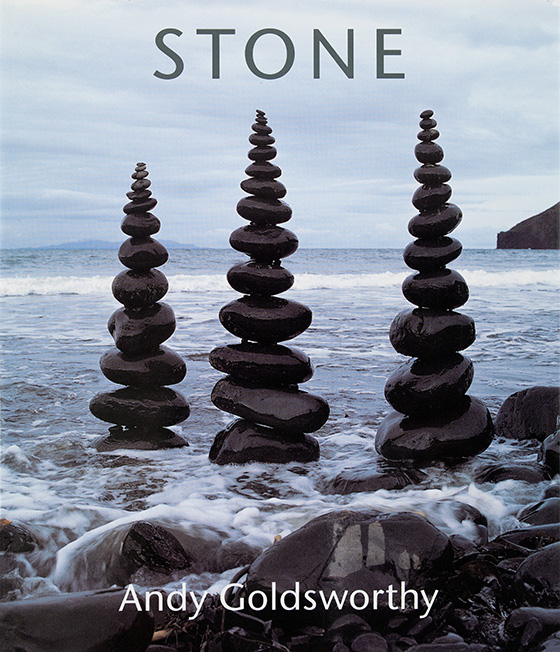 Also published in German as Stein (Zweitausendeins), in French as Pierre (Editions Anthèse) and in Dutch as Steen (Terra)

Poetic rather than literal in its approach to stone, this book includes works that involve not only stone of various kinds – slate, limestone, sandstone, river boulders – but also leaves, flowers, sand, clay and scrap steel.

Goldsworthy has constructed a book as he would a sculpture, drawing together different ideas as he might different stones into a single work. His text explores the ideas that lie behind his art; his captions reveal the specific details of the materials, processes, and events of each creation.

Working with the concept of stone led Goldsworthy to question his own perceptions of time, stability, change and impermanence. The sculptures seen here are not static or immune from the elements; on the contrary, each explores the changes that characterise the natural world – they may collapse, melt, or be washed away. The same materials may be used repeatedly, often in strikingly different forms; some daytime works have counterparts made at night.

This spectacular book brings together work made in Britain, France, the United States, Australia and Japan, mainly between 1990 and 1993.