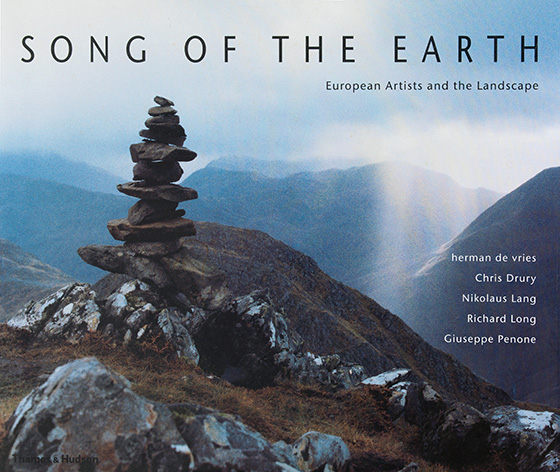 For over 40 years, a quiet but remarkably resilient strand of activity in contemporary art has been evident – that of artists who have largely turned their backs on the city to embrace the context and inspiration offered by the natural environment, though in a spirit quite distinct from the tradition of landscape painting. Song of the Earth showcases the work of six important contemporary artists who work in the landscape and make use of the materials and processes of nature. Their methods favour observation, collecting and forms of manipulation that are more reflective than intrusive, setting them firmly apart from artists of the American Land Art movement working over the same period.

herman de vries, Chris Drury, Ian Hamilton Finlay, Nikolaus Lang, Richard Long and Guiseppe Penone do not belong to a particular school, but they are united by their empathy for nature and their decision to work outside the urban contexts of much modernist art. Interviews with the artists, conducted by William Furlong, reveal both widely differing motivation in their approaches to their work and striking similarities in their underlying concerns and, sometimes, methods of working. The introductory essay by Mel Gooding places these artists in both historical and contemporary contexts, as well as discussing other artists including Josef Beuys, Sjoerd Buisman, Hamish Fulton, Andy Goldsworthy and David Nash.

Song of the Earth fills a significant need for information about a field of contemporary art which enjoys an impressively warm response when it is seen, but whose character and sometimes remote location can make it inaccessible to the public gaze. This richly illustrated book is essential reading for anyone interested in contemporary European art and will delight all those who are drawn to the natural environment.