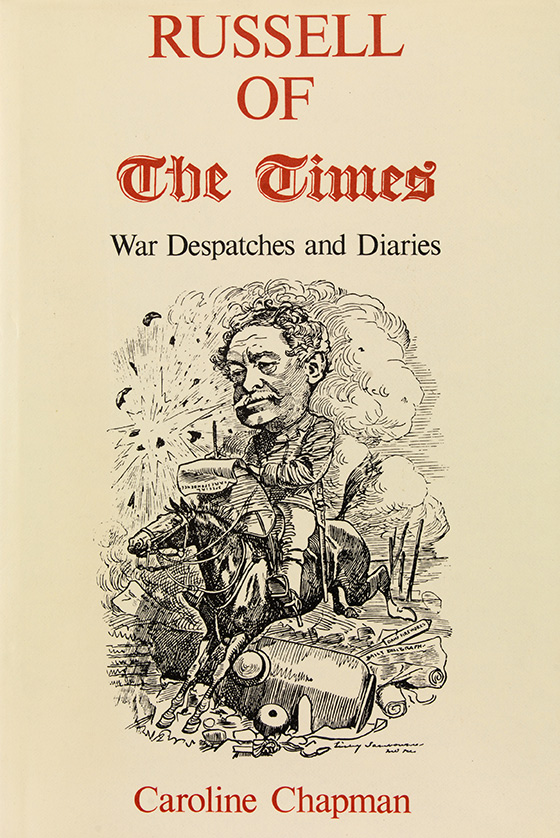 RUSSELL OF THE TIMES
War Despatches and Diaries Caroline Chapman

As the first and arguably the greatest war correspondent, William Howard Russell reported first hand on the Crimean Wwar, the Indian Mutiny, the American Civil War and the Franco-Prussian War. His life spanned the whole of Queen Victoria’s reign and his writings offer vivid insights into many of the great international events of the nineteenth century.

As well as Russell’s dispatches to The Times, this book includes selections from his extensive diaries and his letters. Put into context by Caroline Chapman’s narration, the extracts combine to form a fascinating panorama both of his life and of the society to which he belonged. They are complemented throughout with an exceptionally rich collection of illustrations, including many fine photographs.

Russell’s honourable and likable personality and his sense of humour come through clearly, as do his magnificent powers of description, his gift for conveying drama and, of course, the perceptive commentary on British foreign and military policy for which he is justly famed.