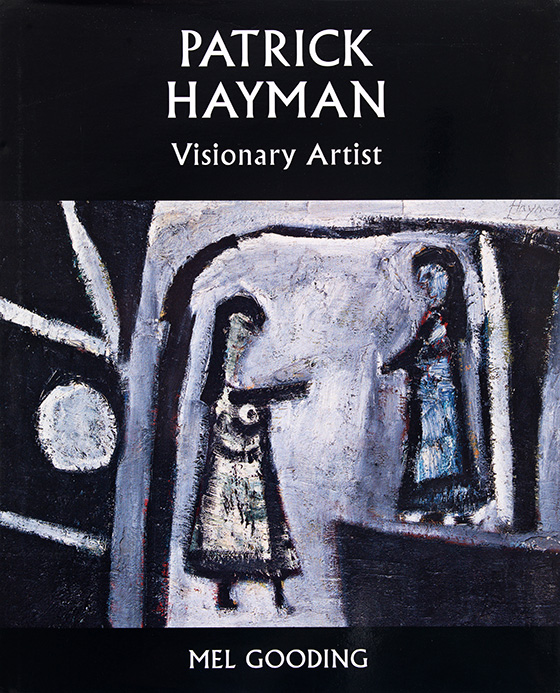 This is the first full-length study of one of the most original and individual British artists of the second half of the last century. Poetic, witty and poignant, his work drew upon a vast range of personal and cultural sources. Subjects from history, myth, religion and literature, and from the experience of everyday life, were drawn into and transformed by the idiosyncratic world of his imagination. He touched nothing that did not undergo ‘a sea-change into something rich and strange’. Hayman’s distinctive imagery was utterly his own and yet it seemed to touch upon something deep in the spirit of those who encountered it. He was much admired as an artist by many of his most distinguished creative and critical contemporaries, Barbara Hepworth, Ben Nicholson, Pater Lanyon, Alan Bowness and J.P. Hodin among them.

Born in London in 1915, Hayman spent his formative years in New Zealand, where he was closely involved with several of the most important young artists of the brilliant group associated with Colin McCahon. He returned to England in 1947, and before long became part of the burgeoning post-war art scene in Cornwall. At first as a resident and thereafter as an annual visitor he exhibited regularly in St Ives, as well as many leading London galleries. From 1958 to 1963 he edited The Painter and Sculptor, a quarterly magazine of the arts that fervently promoted humanistic figurative art. In later years, Hayman led a more reclusive life, his free and melancholy spirit finding expression in an outpouring of visionary drawings, paintings and constructions, as well as a number of beautiful painted poems. He died in 1988.