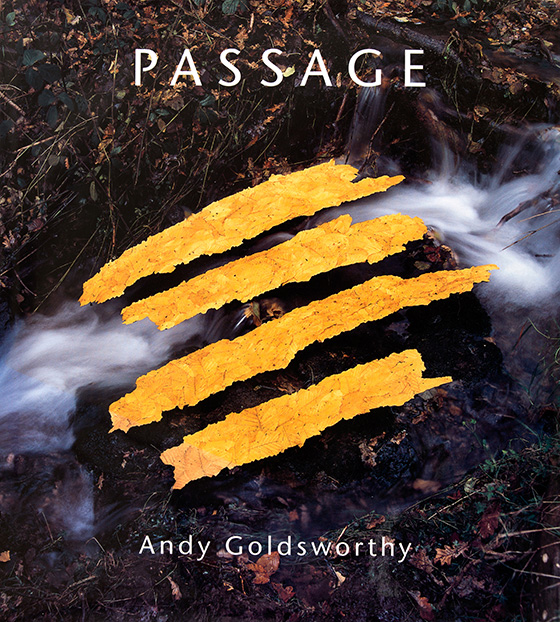 The journeys that people, rivers, landscapes and even stone take through space and time are central to this book. An account of a cairn built on the crest of a small hill in south-west Scotland not far from where Andy Goldsworthy lives reveals the importance of his work close to home, which is the inspiration for so much that he then creates elsewhere. Three cairns similar to the one in Scotland now span the United States, marking the artist’s own journey across the States as well as the culmination of a form that has played a significant part in his work.

A series of works involving elm trees made near Goldsworthy’s home – ranging from glowing yellow leaves, through the rich brown of long-fallen leaves to dead branches – exemplifies his work’s vigorous beauty as well as its association with death and decay, here made more poignant by the knowledge that so few elms survive since disease wiped out hundreds of thousands of trees.

Goldsworthy’s works on the beach and in rivers, which change and eventually disappear in response to the ebb and flow of water, continue his exploration of the flow and passage of time, while a white chalk path in Sussex, intended to be walked by moonlight, investigates the impact of light upon the sculpture and place, and the passing from day into night.

Documenting these and other recent works, Passage is an eloquent testament to Goldsworthy’s determination to both deepen and extend his understanding of the world around him and his relationship with it through his art.