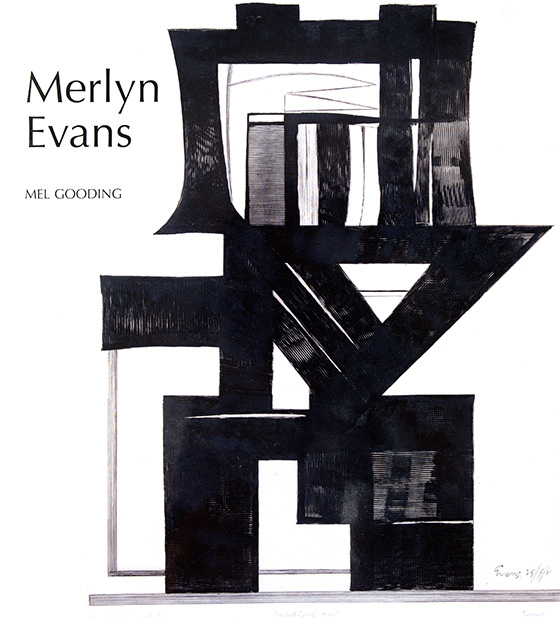 This is the first full-scale monograph on the life and work of the remarkable British artist Merlyn Evans (1910-73). Evans was born in Cardiff, and when he was three his family moved to Glasgow. Precociously gifted, he studied at Glasgow School of Art (exhibiting at the Royal Scottish Academy in 1930 and 1931) and at the Royal College of Art in London.

Deeply affected by the poverty and violence that he saw in Glasgow during the depressed years of the late 1920s and early 1930s, Evans very soon committed himself to an art that engaged with real life. Cubism, abstraction, Surrealism and his studies of ethnographic art contributed to a distinctive visual language, reflecting his psychological, ethical and political concerns.

Surrealism was a major influence, and in 1936 Evans exhibited several works in the International Surrealist Exhibition in London. Although he associated with the Surrealist Group, he was to remain characteristically independent of any single tendency in Modernism. His growing concern at the disastrous political events unfolding in Europe and economic distress at home were increasingly reflected in the overtly social and political nature of his subject matter.

Although after 1938 he lived in South Africa, these matters continued to preoccupy him, and paintings made explicit reference to economic depression, atrocity and war. His style, with its interlock of the organic and the mechanical, and its grotesque morphologies, proved highly effective as an artistic response to the anguish of the time.

After distinguished wartime service, Evans returned to London, where he took up etching and aquatint, becoming, within a few years, a master of intaglio print-making. Throughout the 1940s and ’50s, his paintings continued to tackle political and philosophical themes, featuring highly stylised but recognisably human forms in theatrical space. In the mid’50s, Evans’s work became more abstract, and by the early ’60s his paintings were dominated by starkly angular architectural and geometric forms. At the same time, Vertical Suite in Black (1958), and the dramatic beauty of his later aquatints and mezzotints, including the magisterial series Pentaptych, established Evans as one of the greatest print-makers of the post-war era.

Evans’s temperament combined passion and intellectuality; he loved philosophical speculation and argument, and was deeply read in psychology, philosophy, politics, mechanics, optics and the history and techniques of art. Above all, he was profoundly affected by Modernist literature, especially poetry. These diverse aspects of his imaginative thought found wild expression in his work as an artist. In this book, Mel Gooding traces the course of Evans’s career to create a compelling portrait of an exciting (and hitherto unjustly neglected) artist of great distinction.