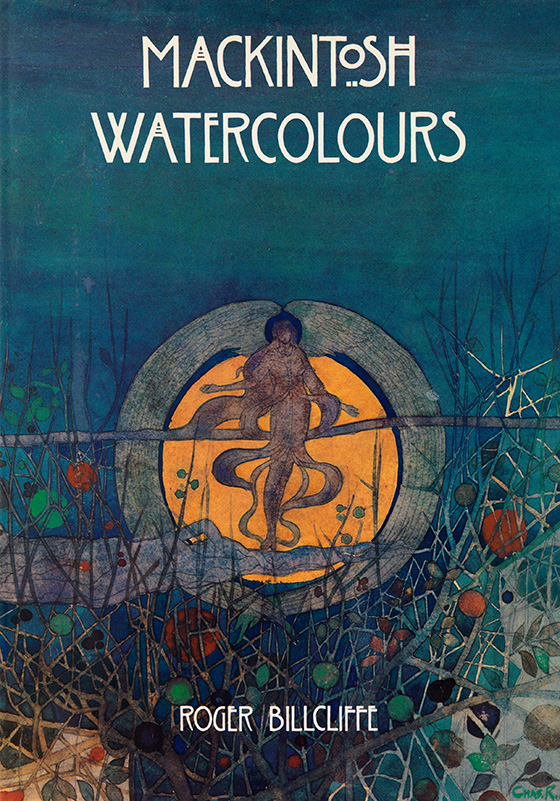 Charles Rennie Mackintosh (1868-1928) was described by Reyner Banham as ‘the last British architect of undoubted genius’. As a result of exhibitions before the First World War in Vienna, Turin and Moscow, Mackintosh became the most celebrated British architect in Europe since Robert Adam and attracted international recognition.

His earliest and last works were watercolours, and he would have considered himself as much a painter as an architect and designer. The extraordinary development of his style as a painter is comprehensively illustrated here and admirably described in Roger Billcliffe’s introduction and catalogue raisonné.

Mackintosh’s early watercolour were intended primarily as aides-mémoires, but from the start display the strong, vibrant colours which were to reappear in the series of pictures painted between 1893 and 1900 in the style which became known loosely as the ‘Spook School’. Carefully drawn, with subtle colour-washes, these works are often allegories, usually mystical and inspired by organic forms such as bulbs and trees.

For the next fifteen years, Mackintosh was involved largely in architecture and furniture design, but the few finished watercolours of this period show a conscious development away from the near-abstraction of the 1890s towards a greater emphasis on texture and pattern. Throughout this period, he continued to make exquisite studies of flowers: swift pencil sketches with delicate washes of colour which describe the flowers in superb detail.

In 1914, Mackintosh and his wife, Margaret, left Glasgow and moved first to Walberswick in Suffolk where he began to paint seriously. Starting with pictures of the villages and countryside of East Anglia, he evolved a style heavily dependent on his architectural training, by concentrating on the patterns of houses and streets, the reflection of buildings in water, the contours and contrasts of landscape.

Confined to London during the First World War, in 1923 the Mackintoshes escaped to the south of France where he produced a magnificent series of about forty paintings of the villages, harbours and hill forts around Port Vendres and the Franco-Spanish border.

This book, originally published in 1978 to mark the fiftieth anniversary of Mackintosh’s death, was the first in-depth study of one aspect of the Scottish pioneer of total environments and will be widely enjoyed by all admirers of Mackintosh’s works and by students of European painting before and after the First World War.