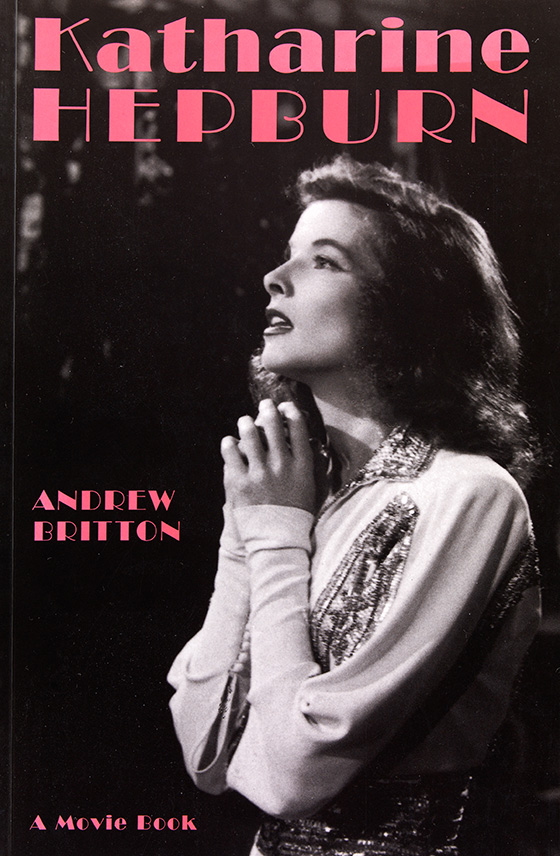 Buy at your local bookshop or
amazon.co.uk
wordery.com

Katharine Hepburn had the longest and least conventional career of any great star, conforming to none of the stereotypes of superstardom and working successfully within the studio system without ever becoming its creature. Her screen persona was intelligent, wilful and independent, whether in the romance of Little Women (1933), the comedy of Bringing Up Baby or the adventure of The African Queen. She always appeared the equal of her male co-stars, who included Cary Grant, Humphrey Bogart and, in nine films, Spencer Tracy.

Andrew Britton’s account is outstanding among the literature of stardom. Using the films as his primary evidence, juxtaposed (where relevant) with contemporary journalistic coverage of Hepburn both as an actress and as a star personality, Britton analysed the meaning of her screen persona. One of the most consistent features of his writing was a refusal to look at movies as isolated works. Here, he finds antecedents for the Hepburn persona in the work of Henry James, and his treatment of her is illuminated by comparisons with two other equally individual stars, Greta Garbo and Bette Davis, relating, for example, Hepburn’s star image in the 1930s to that of Garbo, and her ‘spinster’ movies to those of Davis. In her one film with Ginger Rogers, he identifies Hepburn playing the Fred Astaire part.

Andrew Britton offers a feminist reading of Hepburn films in one of the few worthwhile studies of the American cinema to focus on a star. The book is also a consideration, among other things, of genre, camp, bisexuality and spinsterhood.

Included here are Andrew Britton’s cogent and perceptive programme notes for a Hepburn season at the National Film Theatre and a foreword by Robin Wood.