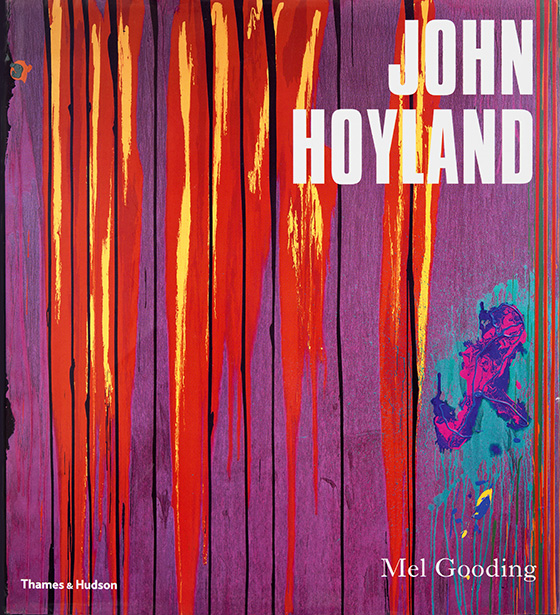 At first, the exuberance of John Hoyland’s painting – it superabundance of effects and its technical extremism – is almost overwhelming. And then the eye, exhilarated by the works’ diversities of colour, form and texture, frees the imagination and releases the impulses to fantasy. The work coheres into an order of disparate elements, a dynamic of contraries. Hoyland is a maker of evocative images: his paintings, having the quality of dreams, are invitations to reverie. His disposition to the visionary-poetic is rare in English painting, as is the heroic scope of an ambition that takes him again and again to the very extreme of what painting might achieve. Having anticipated much that has happened in contemporary painting, Hoyland remains at the forefront of international abstraction.

The roots of Hoyland’s art lie in northern European expressionist colourism, and from the mid-1970s he followed his own predilections with absolute concentration. His work has moved through many phases, but at each point he has maintained an unmistakable identity; however surprising a body of new work may look at first sight, it can be seen in retrospect as a necessary, even inevitable, development. The central motif in each new series has its beginnings in a subsidiary formal element in the preceding one, which, like a minor character in a play or novel, is taken up in the sequel as a central protagonist in the abstract drama.

John Hoyland (1934-2011) emerged as Britain’s leading abstract painter in the 1960s, exhibiting with both the Situation group in 1960 and 1961 and the young New Generation artists in 1965. In 1967, he was the subject of a major solo show at the Whitechapel Gallery, and two years later represented the UK, with Anthony Caro, at the 1969 São Paulo Biennale. Following successful commercial exhibitions in London, New York, Munich, Milan and Montreal, he worked in New York in the 1970s, counting Noland, Poons and Olitski among his equals.