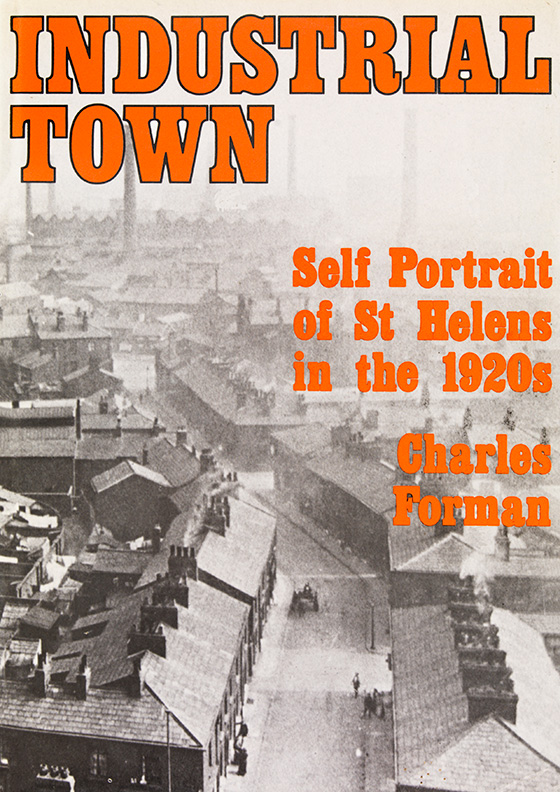 This is a unique piece of social history: an eye-witness account of working class life in an industrial town during the years after World War I. Charles Forman has gathered a remarkable amount of first-hand material to build up a comprehensive picture of an industrial community at a crucial moment in its history. His main source has been the recollections, often amazingly clear and detailed of St Helens people about their lives and work in the early part of the twentieth century.

Industrial Town, then, documents an era as it lived on in people’s minds. The St Helens of the period, which culminated in the General Strike and the Miners’ Lockout, is a particularly rewarding subject for study. It was not just a mining community: among its other industries were iron foundries, glass works, brick kilns, a brewery and Beecham’s pill factory. A sufficiently large centre to have a vigorous life of its own, it was also perhaps the most impoverished town in Lancashire – the pits were gradually closing, the foundry was going out of business, and it lacked the cotton industry which provided employment for women elsewhere in the county.

After covering every aspect of life and work in St Helens, Industrial Town concludes with a section on the events of 1926. Memories here form part of a narrative mosaic with such contemporary documents as newspaper reports, union minutes, public notices and parliamentary speeches. When the nine-day General Strike ended in may, the miners were left to fight grimly on until they were gradually driven back to work – the Lockout did not officially end until 1st December. The feelings of the beleaguered miners, vividly captured in this book, were to leave a legacy of bitterness in the industry.

Industrial Town is a valuable complement to historians’ accounts of the period. Rather than treating working class life in terms of the statistics of deprivation and industrial action, it captures the elusive dimension of grass roots experience before this was beyond direct recall.