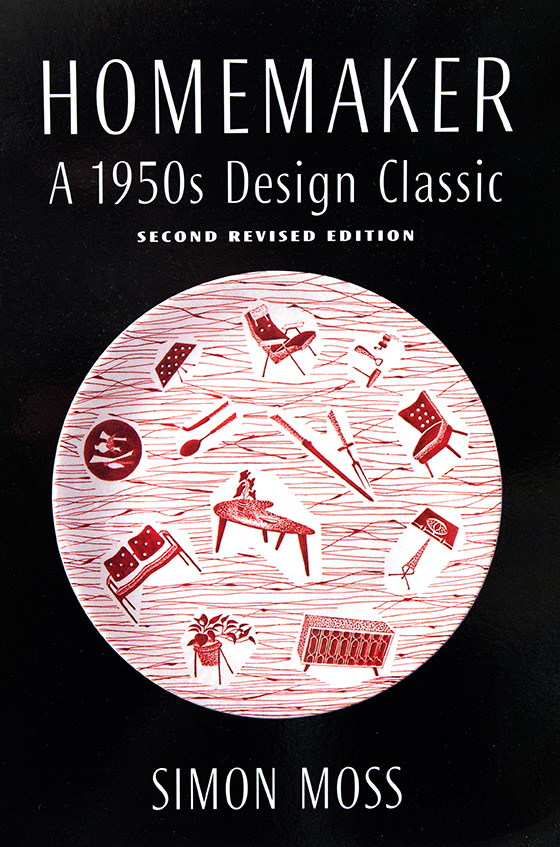 A collector’s guide to this quintessentially 1950s range of tableware designed by Enid Seeney with whose collaboration the book was written. All known shapes are described and guidance is provided as to rarity. The second edition includes details and illustrations of additional recently discovered items in the Homemaker range, backstamps and intriguing information about the sources of various motifs.

During World War II, and for some years after it, British ceramics manufacturers were restricted to producing tableware destined for the home market in white only. After the end of hostilities, simple banding was allowed, but it was not until 1952 that the last of the restrictions was lifted, and decorated pottery began to be available again in Britain. The 1951 Festival of Britain in London had allowed the public to savour a range of new, stylish products and set design trends which were to flourish for a decade. Homemaker, which came to epitomise modern affordable style in tableware, was, from its introduction in 1958, stocked exclusively by Woolworths. As David Battie remarks in his foreword to the book, ‘Enid Seeney captured in one brilliant, apparently haphazard scattering of semi-realistic everyday objects the mood of the moment and the aspirations towards higher living standards cherished by millions of Britons.’

Simon Moss first started collecting Homemaker ware having become disillusioned with the soaring prices and vanishing stocks of Art Deco ceramics. This book is the result of painstaking gathering of information primarily from interviews with people who had worked at Ridgway (manufacturer of Homemaker) including Enid Seeney, the designer behind this iconic ware.

Included in the book are illustrations and descriptions of all known parts of the range, together with backstamps and an account of the contemporary designs and objects that served as inspiration for the motifs in the Homemaker design, as well as fascinating information about the production process.

This book is a must for anyone interested in postwar design and social history and an invaluable source for collectors on 1950s and 1960s design.