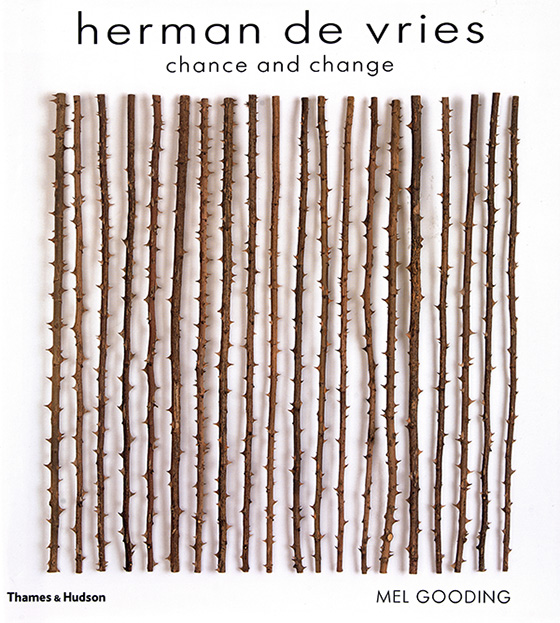 Also published in German by Zweitausendeins

herman de vries is one of the greatest living artists working with nature. His statement, ‘my poetry is the world’, aptly sums up his extraordinary work. de vries offers no representation of landscape or of nature, of light, of air or of perspective. His aim is quite simply to present nature as itself. The intelligence that lies behind his work is subtle, ingenious, reflective and steeped in knowledge of both eastern and western philosophies. de vries’s early training as a botanist broadens his frame of reference still further and underpins his artistic method.

de vries’s art springs from his conviction that a proper contemplation and experience of nature is essential to living in any meaningful sense, from a profound awareness of the present disjunction between people and their natural environment, and an intuitive certainty that the careful persuasion and prompts embodied in his work will nudge us in the right direction. This sense of social responsibility combines with a personal joy in what he finds around him. He lives in northern Bavaria on the edge of the Steigerwald, one of the few remaining large-scale areas of forest in western Europe. One of his most important works is the meadow, 4000 square metres of land tended by de vries and his wife Susanne, to which the plant and animal species that traditionally frequented more gently farmed meadows are returning.

Like nature itself (or as de vries would probably say, because it is nature itself), his work bears limitless viewing. His smaller scale works often involve sampling and collecting: an array of leaves taken from one willow branch; earth rubbings in widely varying colours; cherry leaves fixed where they fell on a piece of paper beneath their tree; a pressed sample of vegetation explicitly recalling Albrecht Dürer’s celebrated Das Grosse Rasenstück. Often, a purposeful symbolism or association is involved: samples of earth and a list of place names from an area of Poland that in living memory was part of Germany, handwritten lists of the largely forgotten common names in Provençal of the medicinal plants of Haute-Provence.

Here the distinguished writer on art, Mel Gooding, contributes a critical overview of de vries’s work, setting it in an historical context and appraising it as an important reflection of the cultural consciousness of the late twentieth and early twenty-first centuries.