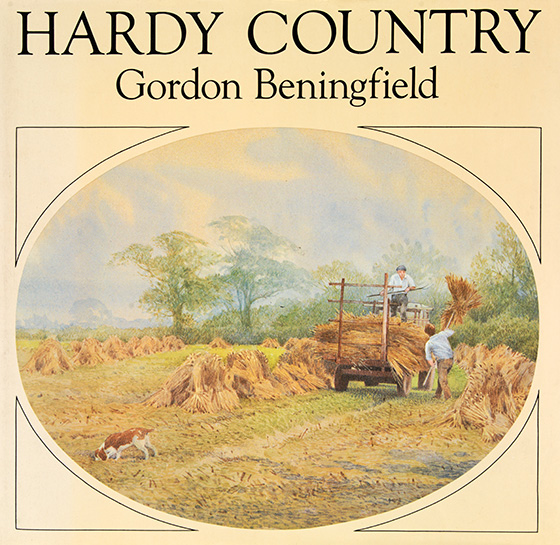 Hardy Country Gordon Beningfield has created beautiful evocation of Thomas Hardy’s Wessex, not by painting an idealised picture of how the landscape used to be, but finding in present-day Dorset the atmosphere and feeling as well as the locales of Hardy’s novels. Beningfield shows us Dorchester, which is definitely Hardy’s Casterbridge, but also the tracts of heathland that Hardy cared a great deal about and fictionally amalgamated as Egdon Heath. He portrays such recognisable Hardy landmarks as Eversholt church from Tess of the d’Urbervilles, and the earth castle of Eggardon, Hardy’s Eggar, but also a shepherd’s hut like Gabriel Oak’s on Norcombe Hill, which appears on the map as Toller Down. Here, too, are harvests and fairs, wild creatures and farm animals, hurdlemakers and gypsies, all contributing to a rich evocation of a present-day Dorset that would not have looked at all unfamiliar to Thomas Hardy.