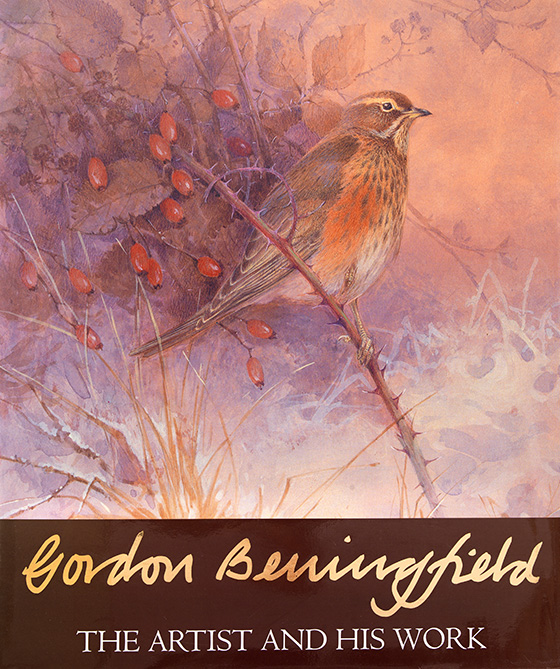 GORDON BENINGFIELD
The Artist and his Work

Gordon Beningfield’s beautifully worked books have delighted a huge audience of readers with their evocative portraits of England’s natural heritage from the smallest woodland flowers to full-scale landscapes. Here he offers his many admirers the opportunity to learn more about his life and how he works. In this book, Beningfield presents a wide range of subjects, showing not only his impressive skill as a painter of nature, but also fine examples of his sculpture, and of his work as an ecclesiastical artist, including stained glass and his elaborately engraved glass memorial windows in the Guards Chapel in London.

Some of the scenes he depicts in his paintings will strike a chord with those who, like Beningfield, retain powerful and nostalgic memories of life in England in the 1940s and 1950s: misty riverscapes of the Thames, where his father worked as a waterman and lighterman, the mighty steam locomotives that he remembers so clearly from his childhood, a Spitfire at a typical Battle of Britain airfield.

Here, too, are pictures echoing the enthusiasms at the heart of this artist’s passionate