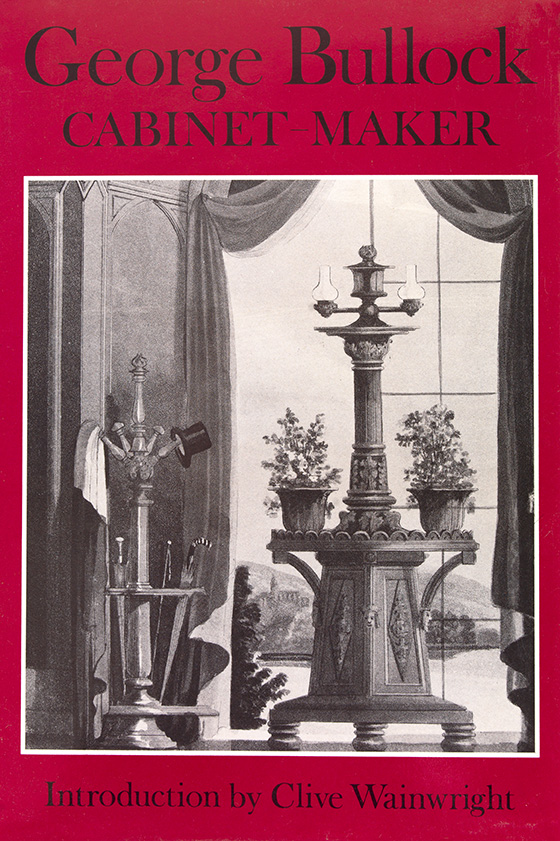 George Bullock was a brilliantly original and stylish furniture maker and sculptor who died, probably aged 35, in 1818. Virtually forgotten from that moment, his work has more recently aroused great interest among historians and collectors, even being described as a rival to Chippendale.

Bullock’s highly original designs and deliberate use of indigenous British woods, combined with marbles and decorative motifs attracted a distinguished clientele, including Sir Walter Scott, James Watt Junior, Matthew R Boulton, the Duke of Atholl and the Portuguese Ambassador to London. This is the first book to be published on Bullock and was produced to accompany a major exhibition mounted by Blairman’s of London and the National Museums & Galleries on Merseyside (Sudley Art Gallery). It includes a full survey of Bullock’s varied and sometimes surprising career as well as more than 120 illustrations of his work. It was compiled by Martin Levy, Clive Wainwright and Lucy Wood, together with Timothy Stevens who also contributed a detailed analysis of Bullock’s career as a sculptor.

Essential reading for anyone interested in this ‘eminent artist of peculiar genius’ who transformed the character of early 19th-century British furniture design.