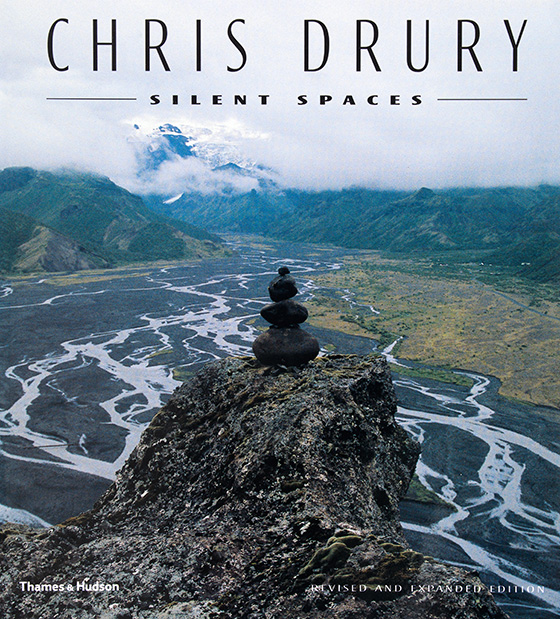 Chris Drury walks – and works – in the wild landscapes of the world. This book illustrates and describes work spanning over twenty years in the 1980s, 1990s and early 2000s, during which Drury developed an impressive and strikingly personal repertoire of sculptural responses to the natural environment.

In this magnificent record of the work of a highly inventive artist, Drury’s experiences of places visited or journeys made are expressed in two kinds of sculpture: cairns or shelters, sometimes filled with fire, which are built in remote and often beautiful locations, and meticulously worked baskets and exquisitely formed ‘bundles’ – of bone, wood, leaf, grass, feather, stone – which are created later from materials picked up along the way. Thus, a basket made of heather, wool and stone recalls a shelter made of heather ‘for the mist’, and is, in its turn, echoed ten years later by a dewpond in Sussex cut into a maze of intersecting channels; a cairn built in a canyon in New Mexico is followed by etched and bound elk bones from a lion kill there.

Elsewhere in the book, the spray from a spectacular waterfall in Norway mixes with the smoke of a fire cairn; a delicately balanced cairn on rocks perched high above the sea in western Ireland is topped by the bone of a pilot whale found on the beach; a 70-foot high vortex made of interlaced struts of hazel and willow sits delicately within the confines of a medieval castle in southern England.

The second edition of the book contains an extra chapter that reflects the further development of Drury’s work and in particular his fascination with water and movement. He has become increasingly interested in the connection of water and land to rhythms within the human body, which has involved work in hospitals as well as in the landscape. Fingerprints, echocardiograms and sections through heart muscle recall and are combined with contour maps of mountains, river vortices and ocean tides, resulting in a series of startlingly unusual works.

Kay Syrad’s introduction offers a useful and informative analysis of Chris Drury’s sculpture against the background of environmental art, providing valuable insights into the motivations of the artist. Drury’s own commentaries, together with the highly evocative illustrations of his work, convey his passionate exploration of humanity’s relationship to nature, as well as his appreciation of the natural world as one in which people have their place and make their mark.