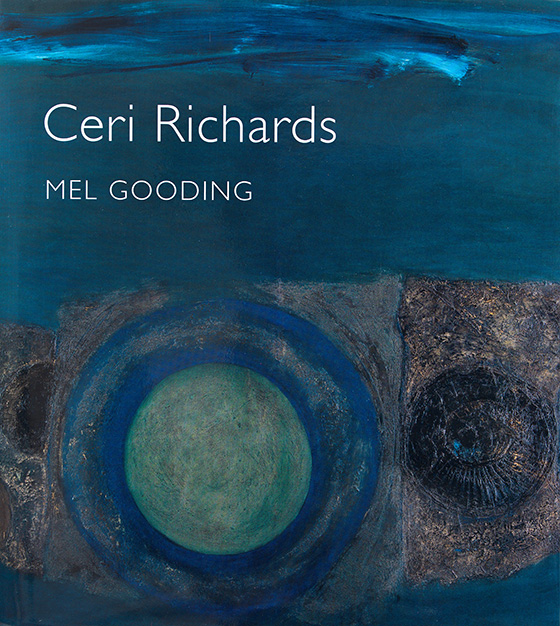 Buy from your local bookshop or
www.amazon.co.uk
www.wordery.com

This is the first major publication on the life and work of one of the most important British artists of the twentieth century. Ceri Richards, born in Wales in 1903, was a draughtsman of genius and a painter of rare energy and imagination. It was while he was at the Royal College of Art in London in the mid-1920s that his fiercely intelligent, lifelong engagement with modern European painting began. He read and was deeply affected by Kandinsky and responded at the most profound level to Picasso, Matisse and Ernst.

In the 1930s, Richards made a number of relief constructions and paintings that constitute a major contribution to Surrealism and rank with the best European art of the period. A great deal of his work in the 1940s gives a Surrealist inflection to an apocalyptic imagery which identified the cataclysm of the war with the cyclic drama of nature. In the late 1940s, Richards developed an intensely lyrical vision of the everyday world in which brilliant colour, refracted light and an exuberant visual music express a keen appreciation of the joy to be found in domestic and urban life. A gifted musician, Richards was an artist unusually receptive to poetry and music. He made many powerful works no themes from the poetry of Dylan Thomas and in the 1950s and 1960s a series of great, semi-abstract seascapes inspired by La Cathédrale engloutie, which match the lyricism and sombre sonorities of Debussy’s prelude.

Few artists of his time have encompassed such oppositions of subject, theme and mood. Richards’s extraordinary versatility enabled him to shift styles and to treat his subjects with a dazzling virtuosity. His work is characterised by the recurrence of themes and ideas constantly associated with related visual motifs and symbols: the female form, the arabesque, rock and plant formations, seed-pod and flower, sun and moon.

In 1962, Ceri Richards represented Great Britain at the Venice Biennale, and in 1981, ten years after his death in London, he was the subject of a major retrospective at the Tate Gallery. His work can be found in many public collections in Britain.

Mel Gooding has written a remarkable account of Ceri Richards’s art, tracing its sources of inspiration and placing it in its historical context. In a comprehensive and penetrating text, Gooding weaves together a rigorous analysis of Richards’s complex and brilliant work and a fascinating account of his life integrated with over 200 illustrations in colour and quadratone, including many documentary photographs. This handsome book is essential to anyone interested in 20th-century European Art and will win a new generation of admirers for a great artist.