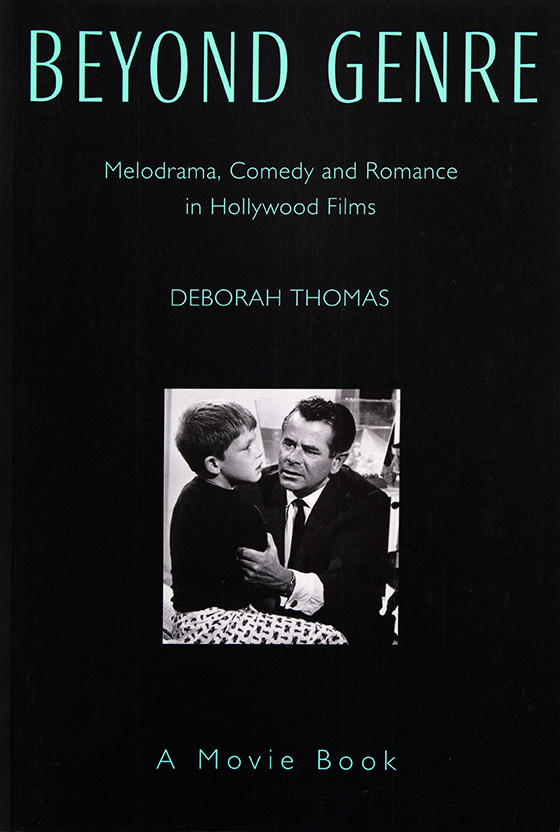 Buy from your local bookshop or
amazon.co.uk
wordery.com

Hollywood has always alerted its audiences to the nature of its products as Westerns, horror films, musicals and so on, and film writers have tended to rely on genre as the basis for charting the landscape of Hollywood cinema. However, genre theory has developed relatively little since the influential work that was done in the late 1960s and 1970s. In Beyond Genre, Deborah Thomas suggests that there are broad, over-arching melodramatic and comedic modes – and romantic inflections of each – that shape our expectations when we settle down to watch a film and are fundamental to an understanding of mainstream American cinema. The book’s arguments are tested in detailed and perceptive accounts of films ranging from To Be or Not to Be and The Palm Beach Story in the 1940s to Schindler’s List and Groundhog Day in the 1990s. Thomas builds her hypotheses on close analysis of performance, narrative and visual style, providing valuable, indeed model readings of a number of seminal movies. With its assured synthesis of theory and textual analysis, Beyond Genre is an essential text for critics and students of film.