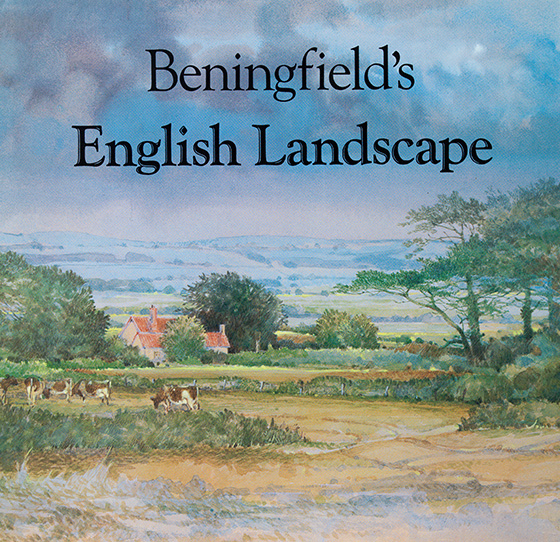 The English countryside is an irreplaceable part of the national heritage. England is characterised as much by its landscape as by its buildings. A thousand years of history are reflected in the pattern of fields and hedgerows, coppices and broad-leaved woodlands. But while the landscape has always been subject to change, the forces that have been brought to bear on it over the past seventy years or so have been leading quite simply to its destruction. The fragile balance built up between man, agriculture and nature cannot withstand the onslaught of the state- and European-subsidised storm troopers of agribusiness who are reshaping the land with their heavy equipment and waging chemical warfare against any plants and animals that might come between farming and profit.

Travelling around southern and eastern England, Gordon Beningfield looked for fragments of the traditional English landscape that have remained unspoilt. His subjects in Beningfield’s English Landscape range from the downland of Sussex to the hedgerow-lined lanes of Buckinghamshire and the wetlands of Halvergate in Norfolk. He found elm trees surviving in Cambridgeshire and a farm profitably operating with horse-drawn ploughs in Yorkshire. He is fascinated not just by the sweep of large-scale vistas but also by the tiny landscape inhabited by single butterflies. All this, and more, he lovingly records in over a hundred exquisite paintings and drawings, which are complemented by a text presenting an artist and naturalist’s view of a landscape under threat.