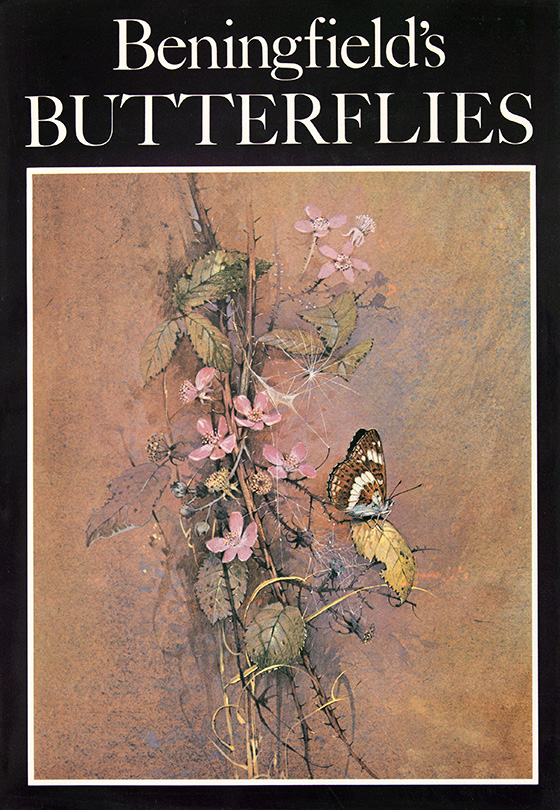 The paintings of Gordon Beningfield all have their inspiration in the beauty of the countryside. Butterflies, in particular, he shows as living creatures in their natural surroundings, seeing them not only with the vision of a painter but with the eye of a naturalist. His work is far removed from that of the illustrator whose pictures are intended as aids to identification and therefore display dead specimens in attitudes fixed on the setting board. Beningfield’s butterflies are shown as they can be observed at rest, poised on leaves or flowers. With meticulous detail and striking fidelity of colour, Beningfield captures the transient and vulnerable beauty of living butterflies, which are among the most exquisite elements in our natural heritage.

The text which accompanies Beningfield’s paintings is written by Robert Gooden, whose organisation in Dorset, Worldwide Butterflies, carried out important butterfly breeding and conservation work for many decades.