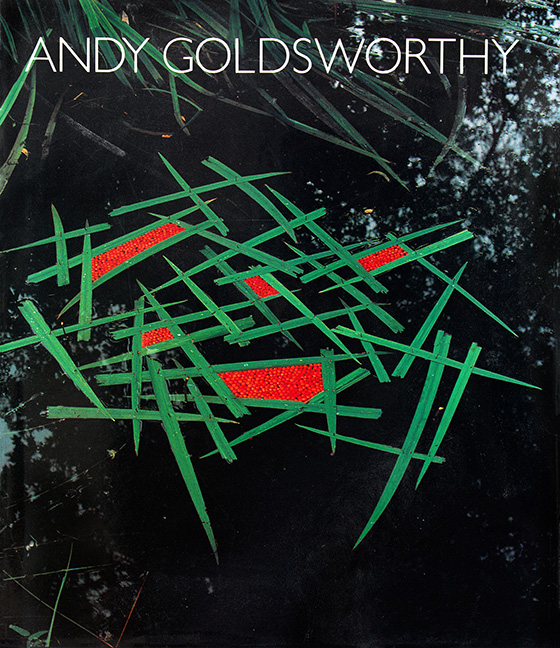 Currently out of print in the UK. A few copies available direct from Cameron & Hollis.

A many-pointed star formed from large icicles balances on a rock in a quiet Dumfriesshire valley; a delicate bamboo screen stands on a Japanese beach against a backdrop of mountains; a great serpentine ridge of earth extends along a disused railway cutting on Tyneside; our massive snow rings mark the position of the North Pole.

Much of Andy Goldsworthy’s work is ephemeral, and he records his creations in fine colour photographs, many of which are accompanied by texts that form an integral part of the work. The artist’s intention is not to make his mark on the landscape, but to work with it instinctively, so that his creations manifest, however fleetingly, a sympathetic contact with the natural world.

Andy Goldsworthy’s work is included in public and private collections all over the world. This early survey of his work coincided with a retrospective exhibition that toured the UK, Europe, America and the Far East in 1990-91.